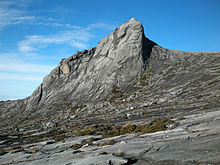 Somewhere therein lies the truth of the matter.
Posted by Doug B at 4:59 AM 4 comments:

The Movie Satan Didn't Want Made

(Just a little note to say that I have been so busy working long hours six days a week that my blogging efforts have suffered. I'm fine and my desire to offer my thoughts hasn't waned, but sometimes life gets in the way. Hopefully things will settled down soon.)

I'm fascinated by the concept of curses. Easy to dismiss but hard to ignore because sometimes bad luck seems to run in chains. The subject of this post is an old Christian evangelistic movie dating back to the seventies called The Burning Hell which allegedly had a bit of curse back of it.

Although I never saw the movie, it had an impact on my childhood for I heard much about it. My best friend and next door neighbor witnessed a showing of it at his church and he recounted the movie to me almost scene by scene. It played in churches around my area but somehow I never managed to see it.

Now of course I am no longer a fundamentalist Christian, nor a believer in a personal devil. Satan serves as the archetype of evil in my thinking. Yes, I sometimes find myself personalizing the concept in my talking in writing. But I don't think of the matter now as I did in my youth.

Nevertheless a little article I read in the newspaper preserves its makers idea that somehow the Prince of Darkness took time out to attempt to prevent this movie being made.

The movies producer and director, the late Ron Ormond, suffered a nasty fall down some steps on the first night of shooting as he attempted to inspect the set. "While walking down I slipped, but it felt more like I was pushed," Ormond describes the incident, which makes me think of scenes from television series The Haunting.

A moth also seeming attempted to put out a 3200 Kelvin light that was being used during filming. While it was noted that ordinarily contact with such a light would kill a bird instantly, the moth was untroubled.
There was also a severed camera motor wire which delayed filming for several hours.

And as the sound track was being mixed, a fiery explosion caused delays in that aspect of the film's production.

These are just some of the "hundred constant happenings that plagued the crew and cast of The Burning Hell.
Some might just say mere coincidences. Believers will have no trouble accepting the producer's version of this curse. Personally, I think the world would not have been worse off had this film never been made. By all accounts I've heard it is hideous.

Satan has gotten bad press before and should be used to it. It would seem to me he did quite enough back in Eden to make his presence felt.

But seriously, bad luck does seem to have been at play in Ormond's film. However, as always, it remains to be interpreted in the mind of the individual.


Interestingly enough, Ormond didn't start making Christian films until late in his life, after surviving an airplane crash.
Posted by Doug B at 5:22 PM 2 comments:

To Control The World 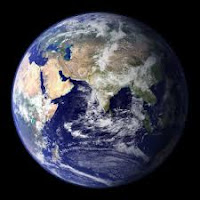 Life is hard. No doubt about it. Sometimes scary. It's a high-speed, many-looped roller coaster ride. There are mountains and valleys - high ones and low, long ones, respectively.

Who wouldn't want an edge to get through it all?

Our scientific materialist friends often accuse us spiritual-minded folks of needing a crutch and an invisible friend (or friends). "Whatever gets you through the night," they say.

However, I suspect the materialists are no less prone to find ways of imposing order or attempting to gain control of this thing called life. That is why they hate mystery and imponderables (not in the sense of things beyond our current ability to understand, but rather that perhaps there are things beyond human comprehension that will never be fully understood).

It seems to me that sometimes the universe just doesn't make good sense. I would go further and suggest that scientists have as poor a record of prognosticating the future as do the religious prophets. That isn't meant as a knock against science, but rather a statement of my distrust of using a single system of thought to attempt to control or impose order on the future.

Perhaps the universe isn't some inert collection of matter acted upon by "the laws of nature." Perhaps mind is the ultimate reality and creation an ongoing process.

Emerson offered that a "A foolish consistency is the hobgoblin of little minds, adored by little statesmen and philosophers and divines." Well, yes; true freethinking is more freewheeling than it is often credited with being.

This is a rather humbling insight for me and has dissuaded me from further attempts to construct a rigid worldview that might seem to allow me to exercise control over things.


As a child of the cosmos I must content myself, I believe, to "go with the flow" and recognize the limits of my ability to understand fully. I seek approaches rather than rigid systems. I recognize the power of illusion. I may believe but shouldn't pretend to know.
Posted by Doug B at 9:50 AM No comments:

The Witch In The Tree 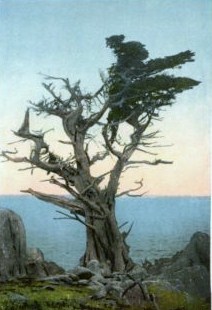 Yes, you see her there ... if you use your imagination.

Well, you can now only see her in old photos because the once popular Pebble Beach, California landmark attraction is no more, having been felled by a storm in 1964.

Pareidolia, they call it, when a person sees something with the mind's eye which isn't really there. I mean, after all, witches don't really look like the popular conception of them, as for example, the wicked witch of the West in the movie the Wizard of Oz - do they?

But I do believe in witches. I haven't found a definitive history of witches, I don't think one exists. But as surely as folk wisdom and folk magic exist, so do witches. They were the "cunning folk" of old.

I think witches have gotten a lot of bad press in the movies and in fiction, in no small part because of the way Christianity has handled the subject.

Our imagination has surely run wild on this topic down through the centuries, but I suspect there is more to this than is commonly thought. And I think magic is poorly understood and too quickly dismissed as bunkum.
Posted by Doug B at 7:16 PM No comments: